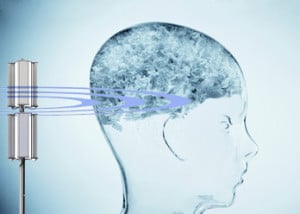 There are countless studies, opinions and research on the dangers of cell phone radiation. Yet, it is still underestimated by most people. One of the most touching reports is found in the case of the priest and cell phone victim, Carsten Häublein.

On February 13, 2013 the corpse of the former pastor from Ammertal, Carsten Häublein, was recovered  from the Schlei in Schleswig-Holstein. It was to be conclude that he had put an end to his own, as reported by Franz Adlkofer of the Pandora Foundation. The Foundation is committed to a greater public awareness of the risks of cell phone radiation.

After seven years on the run from the cell phone radiation Carsten Häublein obviously lacked the courage to continue in this way. “The case Häublein exemplifies a tragedy in Europe, in which thousands of people who suffer from the consequences of their hypersensitivity, are classified as having psychological problems or being mentally disturbed by the industry and even by politics, so they can deny that cell phone radiation could be the cause”  writes Franz Adlkofer. Since 2006, priest Häublein fought, with great dedication, for the recognition of Electrohypersensitivity as an environmental illness. The case Häublein (German).

No shortage of studies and experiences

Not all people react so sensitively to cell phone radiation as Carsten Häublein did. Because: we do not see them, we do not hear them, and most people do not even feel electromagnetic fields. This is probably one of the main reasons why most people ignore the danger of the radiation. Opinions about the dangers of electromagnetic radiation emanating from cell phones, cell phone base stations or WiFi, are well known to be many and diverse.

There is however no shortage on investigations, studies and experience reports, representing the cell phone technology in a light than is unfavored by the cell technology lobby. Nevertheless, it is always diligently said that there is still a lack in long-term and scientific studies on the dangers of electromagnetic fields. Although the existing scientific studies should actually have raised suspicions long ago. In other fields, the existing facts and studies would probably have been accepted as scientific basis. Professor Lerchl of the private Jacobs University Bremen recently confirmed that mobile phone radiation, below the official thresholds can enhance tumor growth in mice, something he had vehemently denied recently.

The consequences of a three-minute cell phone call

During an investigation of patients with sleep disorders at the University of Lübeck, Dr. med. Joachim Peterson discovered, that an above average amount of people were heavy users of wireless telephones. Next Dr. Peterson observed how  a three-minute conversation with a cell phone brought about negative changes in blood that was previously flawless. Before the phone call the red blood cells were moving freely; immediately afterwards they stuck together. In medicine, this is called “rouleaux syndrome”. This damage can result in an increased risk of thrombosis (blood vessel blockage), infarctions and strokes.

Not just a matter of technology

That radar radiation is significantly damaging for people, trees and birds, has been known for over 70 years and is undisputed. Nevertheless, the influence of the cell phone industry on studies and limits surrounding electromagnetic radiation is immense. No wonder, as a lot of money is at stake. However, the use of cell phones, WiFi and Co. is not only a matter of technology. But rather this new technology calls us people out, to deal with it more consciously.

Do I really have to be constantly reachable?
How well I can feel my body?
Do i interpret its signals correctly is something is not good for me?

We do not know (yet), what influence electromagnetic radiation has on our thoughts, feelings and our mind. Many people could not imagine living without a cell phone or WiFi. Are we already dealing with a new addiction phenomenon? From what stage are you addicted?

An abstinence from cell phones etc. would mean not to use a cordless phone, cell phone, WiFi and no microwave. As an alternative for communication remains the traditional wire or a harmonization by Swiss Harmony.