Part 1: What are Earth Rays?

Part 2: What is the Curry Grid?

Part 3: What is the Hartmann grid?

Part 4: What is the Benker grid?

Part 6: How earth radiation impacts us?

Are there any studies on geopathic stresses and other influences?

All studies conducted by conventional science deny the existence of earth radiation, but there are many professionals whose studies have provided convincing evidence that is causes geopathic stress symptoms.

Study by Dr. Otto Bergmann at the University of Vienna (1989)

Dr. Otto Bergmann, a lung specialist and lecturer at the University of Vienna, conducted a study between 1988 and 1989 funded by the Housing Research Fund of the Austrian Federal Ministry of Economic Affairs. The study included 985 subjects in some 6,943 investigations. It revealed that earth radiation affects our bodily functions, including pulse rate, heartbeat frequency and electrical skin resistance. Dr. Bergmann published the results in his 1990 book: Risikofaktor Standort – Rutengängerzone und Mensch (Risk Factor Location–Dowsing Zones and Man).

Study by Kessler and Kopschina (1992)

Dr. Rudolf Kessler and Andreas Kopschina (a naturopath and geopathologist) conducted a study of 52 patients in 1992, for which they received a research grant from the Association of German Naturopaths . Both their study and an additional study by Kopschina and Daun (discussed below) clearly demonstrate that chronic or recurrent diseases have a direct correlation to the presence of geopathic stresses in bedrooms.

The text of the study is available in German on the website of the German Professional Association of Geopathologists and Building Biologists at http://www.geopathologie.de/studien/studie-1. A full translation can be obtained through Google Translate.

Andreas Kopschina conducted this additional study of 8,200 patients in collaboration with naturopaths Wolfgang and Ursula Daun, for which the authors received both the 1994 research award from the Foundation of German Naturopaths and the gold medal of merit in 1998.The text of the study is available on the website of the German Professional Association of Geopathologists and Building Biologists at http://www.geopathologie.de/studien/studie-2

What do Dr. Carstens and Paracelsus have in common?

In 1985 Dr. Veronika Carstens, wife of the former German President Karl Carstens, published a study documenting the spontaneous healing of 700 terminal cancer patients after they relocated their beds to an area free from geopathic stress. The body, she argues, has great self-healing potential, which we can tap into by treating the root cause of an illness rather than its symptoms. Her study demonstrates the importance of a sleeping environment free from geopathic and electromagnetic interference and radiation fields. Paracelsus, a famous Swiss healer in the middle ages, anticipated her convictions when he wrote, “A sick bed is a sure way to ruin your health.” While he was not referring to electrosmog—a far more recent phenomenon—we believe he already knew about or intuited the negative effects of geopathic stresses and water veins.

Why is earth radiation harmful? 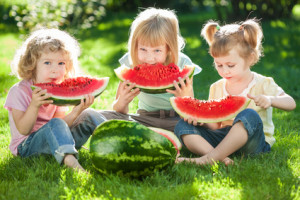 At a picnic in the park, this brief exposure to radiation is not unhealthy but inspirational.

We enjoy the outdoors and like to go for long walks or hikes, after which we may experience a calming sense of fatigue. Despite our exertion and need for rest, we usually recover from these excursions feeling refreshed. We believe that the influence of earth radiation is responsible for this feeling. Exposure, in this context, can be invigorating and energizing. As with any good medicine, however, earth radiation can be harmful if the dosage is excessive. As Paracelsus said 500 years ago, “dose and duration make the poison.”

Logically, then, we can conclude that it is not good to have a bed or workplace over any source of earth radiation because long-term, continuous exposure can lead to unwanted illness. This is especially true for sleeping quarters, where the state of deep relaxation we achieve makes us especially susceptible to negative external influences.