How many more studies are necessary? 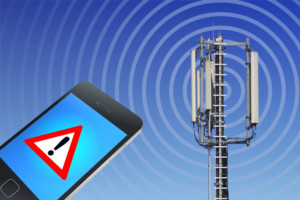 In recent years, numerous studies have been published that demonstrate the carcinogenic potential of cell communication radiation. Unfortunately, more often than not, there is too little insight by politics.

In August 2016, the Austrian Accident Insurance Institute (AUVA) published the ATHEM-Report II “Investigation of non-thermal Effects of Electromagnetic Fields in cell phone Communications”, as the association diagnose-funk.org reports. The study was carried out at the Medical University of Vienna, after the Court of Cassation in Rome, the highest Italian Court of Justice, for the first time, found that the brain tumor of a manager was caused by his frequent cell phone usage. The applicant receives an 80 per cent disability pension.

The tumor come sooner and faster

In addition to the study conducted by the Medical University of Vienna, several other studies have recently appeared, which demonstrate the carcinogenic potential of non-ionizing radiation, triggered, for example, by cell communication radiation. In the USA, on May 27, 2016, the National Toxicology Program (NTP) presented the first partial results of the most comprehensive animal study with rats on non-ionizing radiation and cancer. Result: cell radiation can lead to tumors. In May 2015 Professor Michael Kundi presented his statistical analyses on the rise of brain tumors in the South Tyrolean Diet; This tendency is due to a cancer-promoting effect of non-ionizing radiation. According to Professor Michael Kundi, the tumor develops faster and earlier due to mobile communications.

Increase in cancer death in children

In March 2015, the German Federal Office for Radiation Protection, according to the findings of a replication study, announced that a carcinogenic effect below the limit values ​​must be considered as secured. Between 1994 and 2012, the Robert Koch Institute estimates an increase of malignant tumors in children by about 25 percent. According to the NTP study, Professor Franz Adlkofer, coordinator of the REFLEX project, concludes that “the genotoxicity of cell communication radiation can now be regarded as secured according to the state of research.”

Apart from the numerous major studies such as REFLEX, INTERPHONE, NTP, which also provided media coverage, there are now more than 50 individual studies that demonstrate DNA strand breaks as a result of cell communication radiation (Rüdiger, 2009; Hardell/Carlberg  2012; BioInitiativeReport 2012, chapter 11-14).

The Austrian Ministry of Health responds

The public should be enlightened by the health authorities about this cancer-causing risk potential, in particular the conclusions that are proposed in the ATHEM report for a risk-minimized treatment of cell radio technology. The Austrian Ministry of Health responded promptly to the results of the AUVA report with the “Mobilerules” leaflet and the appeal: “These recommendations are especially important for children! Dear Parents, talk to your children about it!” Such a step away from trivialisation to transparent and objective enlightenment would also be necessary in Germany, Switzerland and other countries!

Awareness raising and training for doctors

The insight of the policy on this subject is low in some countries, even in Switzerland, despite various studies from all over the world. An important role here could be played by the medical specialists: They not only know the medical context, but also as doctors are important people of trust for the population. The Swiss Society of Anti-Aging Medicine and Prevention (SSAAMP) is organizing an advanced training event for physicians on 13 October. In the seminar, the health effects of electrosmog on the body are presented and the medical aspects of the problem are discussed.

The book “A Beautiful Prison” by Swedish specialist author and teacher Gunilla Ladberg, published by Bürgerwelle eV (currently only available in German or Swedish), shows us how adults and children, who are sensitive to electricity and cell communication radiation, had to give up their homes, jobs and schools. They live mostly isolated in off-site locations or in the forest. What they told the author of their life there is the main part of the book that touches your heart. These people, however, are only the tip of the iceberg. Countless other sufferers try to soldier through their daily lives by bravely enduring the symptoms and avoiding the worst radiation exposure. And many, many have not yet realized that their symptoms could be related to cell communication radiation.