Martin Zoller is known for his ability to analyze the human aura. With his sixth sense he can search through people, recognize their personality, analyze their potential and their future. 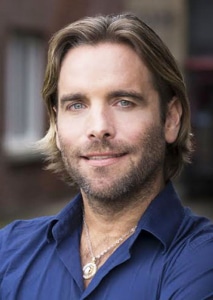 From all around the world, he is contacted for advice on professional, personal, interpersonal, and spiritual themes. Politicians, lawyers and others are just some of the professional groups that develop their strategies along side his guidance.

At the 2nd Healer Confirmation Day on October 02 2015, Greifensee (Switzerland) he agreed to a brief experiment with the Swiss Harmony BioPatch. The experiment was to examine if and how the effect of the BioPatch effects the aura of a caller.

In the test 2 people talked to each other over their cell phones. One caller had the BioPatch installed and the other caller did not.

Martin Zoller observed both persons during the call and simultaneously described how the aura of the two people changed. He explained that in the head area, the unprotected person’s aura, turned red and thickened significantly. He observed that the red colour also appeared in the protected caller’s head but it was immediately drained downward and eventually disappeared completely.

The experiment was carried out a second time with new people and according to martin Zoller the results were the same.

For Richard Neubersch, developer and Director of Swiss Harmony, this is quite logical: “The effect of BioPatch is clearly shown in Martin Zoller’s description. It harmonizes the radiation emanating from the cell phone and thus makes sure that they do not irritate the cellular consciousness. This explained why the energy flows through the body and disappears. For the unprotected caller the effects of the radiation is stored in the head as the frequencies cause considerable trauma to the cell in that region, which has negative health effects for the caller.”

In a brief synopsis of the video you can see the final closing statement of Martin Zoller (German):

Here you will find the BioPatch in our Online Shop.