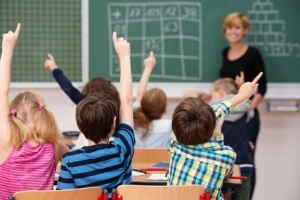 The planned Access Points are going to be always on and cannot be switched off if they are not being used.

This upgrade is encountering a lot of criticism in Switzerland as the harmlessness of WiFi has yet to proven. We had already reported about this back in December last year entitled “WiFi Causes Irreparable Damage to Youths reproductive organs”.

There are a few doctors and politicians that have criticised the move of Zurich City. One of them is Yvonne Gilli, Doctor and national councillor from Wil SG. She talks about people that have adverse effects towards WiFi. The most common symptoms are: Headaches, difficulties to concentrate and fatigue. Exactly these symptoms would be a huge problem for the capacity to learn in children.

Even radiation experts and electrical engineers that have been involved with the influences of high-frequency radiation for decades urge to only have wireless networks turned on when they are needed. Harmful side effects are possible even when within the levels deemed safe by the government. Especially the non-thermal effects are deemed critical by Walter Sachs, electrical engineer, and advocates to use wireless networks responsibly and activate them only when used.

The Federal Bureau of Health (BAG) published in its guidelines for the handling of WiFi that the long term effects were “insufficiently studied” and recommends to switch off the transmitter when not in use.

The office of Education of Zurich City does not agree with these advisories and deems the switching off of the transmitters as contra-productive. But they said that they would heed the security advisories of the BAG.

We want to encourage you to protect you and your family. Inform yourself about the technological installations of your school.

Recommend the school board a free harmonization. We have offered this service for 5 years. More about it in this Blog entry.

An effective way to protect yourself from electrosmog would be the BodyCard. It can be worn discreetly on the body. It’s effects can be seen through Kirlian photography. Interesting results can be found on this blog entry.

Or now try our newest product The BioPatch