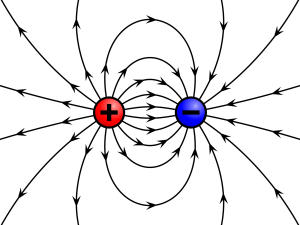 There has been much debate about why some people can feel Electrosmog/EMFs/HF etc. and why some others cannot. It has led to many people being ridiculed and belittled because their ability to feel the influences has not been reciprocated. Here is some exciting new research that shows that everyone who can feel the electric fields are truthfully sensing them:

A variety of animals are able to sense and react to electric fields, and living human cells will move along an electric field, for example in wound healing. Now a team lead by Min Zhao at the UC Davis Institute for Regenerative Cures has found the first actual “sensor mechanism” that allows a living cell detect an electric field. The work is published Oct. 9 in the journal Nature Communications.

“We believe there are several types of sensing mechanisms, and none of them are known. We now provide experimental evidence to suggest one which has not been even hypothesized before, a two-molecule sensing mechanism,” Zhao said.

Zhao and colleagues have been studying these “electric senses” in cells from both larger animals (fish skin cells, human cell lines) and in the soil-dwelling amoeba Dictyostelium. By knocking out some genes in Dictyostelium, they previously identified some of the genes and proteins that allow the amoeba to move in a certain direction when exposed to an electric field.

In the new work, carried out in a human cell line, they found that two elements, a protein called Kir4.2 (made by gene KCNJ15) and molecules within the cell called polyamines, were needed for signaling to occur. Kir4.2 is a potassium channel — it forms a pore through the cell membrane that allows potassium ions to enter the cell. Such ion channels are often involved in transmitting signals into cells. Polyamines are molecules within the cell that carry a positive charge.

Zhao and colleagues found that when the cells were in an electric field, the positively-charged polyamines tend to accumulate at the side of the cell near the negative electrode. The polyamines bind to the Kir4.2 potassium channel, and regulate its activity.

He cautioned that they do not yet have definitive evidence of how “switching” of the potassium channel by polyamines translates into directional movement by the cell.