This year the “Lebenskraft” convention in Zurich, Switzerland was held from February 2nd to March 1st. We at Swiss Harmony were also there with our very own booth.

Right next to us there was a booth run by Reinhild Brieger called Aura-Light. With the help of Kirlian photography they offered visitors the chance to have a picture taken of their aura, which would be shown on a polaroid photo in various colours.

A visitor of our booth was a bit hesitant about buying our most popular product: The BodyCard. Whilst she debated the purchase we invited her to have a picture taken of her Aura before and after having worn the BodyCard. So she did. She had a Aura photo taken and then wore the BodyCard for about 90 minutes whilst she visited the other booths and lecturers at the convention. She then returned and had a second picture taken. 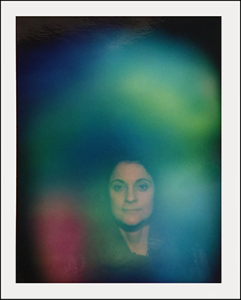 The aura photograph without the Swiss Harmony BodyCard. 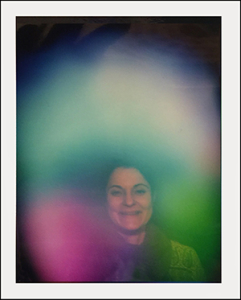 The second aura photograph after having worn the Swiss Harmony BodyCard for only 90 minutes.

The second picture clearly showed obvious differences. Her Aura was larger, brighter, and more radiant. There was a significant reduction in size of the dark blue area to the top left of her head, which was replaced by the growing lighter area above her head. The green area to the top right of her head was also replaced by a clear white light. The purple coloured area to the bottom left has gotten brighter, larger, and more defined. Even her facial expression has changed drastically. She is visibly more relaxed and energetic.

The proprietors of the Aura-Light stand confirmed that the second picture clearly and undoubtably showed a general improvement of her overall condition.

On day two we extended the same offer to another client as we wanted to test if it was chance or if this change was reproducible. This time the client only waited 15 minutes between the first and the second photo. But as you can see below the results were still staggering. 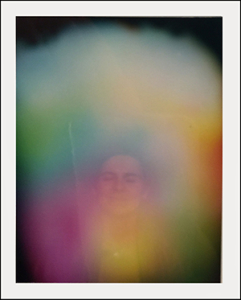 Even after wearing the Swiss Harmony BodyCard for just 15 minutes, the results are still clearly visible. 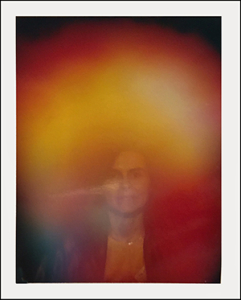 Our second test subject without the Swiss Harmony BodyCard

We are very happy that both of our tests have clearly shown what we want to achieve with our product: A relief of the strain of the environmental stress factors that perpetually surround all of us.

The Swiss Harmony BodyCard causes the body’s own energy field to take on the frequency pattern of the BodyCard. These frequencies are mainly the ones of visible light. In other words the primordial frequency of nature.

In a natural vibrational/frequency field no artificial frequencies can take hold and thus do not have an influence in it.

The BodyCard can be purchased for US$128 in our online store.