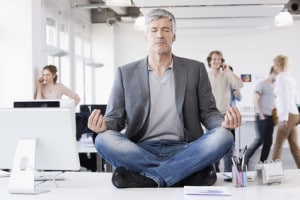 Smartphones affect productivity and performance in the workplace. Foto: Fotolia.de

A Smartphone free day is inconceivable for many of us. According to a study by the University of Bonn people interrupt their daily activities roughly every 18 minutes  in order to check their phone. They do this up to 53 times a day! Smartphones make us dependent, unproductive and unhappy. This is the conclusion of Alexander Markowetz, researcher at the University of Bonn. The assistant professor of computer science used an app to analyse the smartphone usage of 60,000 people. In his book “Digital Burnout”, which was released in Droemer Knaur-Verlag, the researcher explains the context and describes the dramatic consequences for our private life and the working world. Around 300,000 people have downloaded the app “Menthal”. It was developed by computer scientists and psychologists of the Bonn University for research purposes. The app records the smartphone usage and transmits the data anonymously to the server of the researchers.

The 60,000 data records that have been evaluated, paint a frightening picture. On average, the owners activated their phones 53 times per day. They interrupt, what ever they are busy with, every 18 minutes. “Smartphone apps work just like gambling machines. We look at them repeatedly to get a little fix” says Alexander Markowetz, assistant professor of computer science at the University of Bonn and author of the book “Digital Burnout “, published in October, 2015.

This behavior is not exclusive to youths, but runs through all ages and social classes. “We are witnessing the emergence of Homo Digitalis, which handles a large part of its activities by means of digital media,” says Markowetz. “People spend most of their time with social media applications like Facebook, WhatsApp and games”. The constant interruptions in the daily routine were particularly dramatic. The interruptions never made it possible to pursue an activity completely, and thus prevented any experience of a work- and think-flow. The consequences are unproductiveness and a lack of happiness. Young people especially, are extremely fixated on their smartphones. The 17- to 25-year-old study participants used their smartphone even more often: a total of three hours a day. That, although a large part of their time is already taken up by school or training.

The economy had not yet realized what has hit them. “At present, many companies are responding with inappropriate measures,” says Markowetz. Many corporations would follow the trend, provide their employees with tablets and smartphones, allowing them total flexibility – and so reinforce dependence and burnout risk. The productivity loss is immense, and the illness rate will cost them dearly. Other companies would indeed prevent business smartphone usage in the evenings – they would do this by shutting down email servers in the evening. But this leads past the actual problem say the researchers of the University of Bonn. “The decisive factors are the constant interruptions in their daily work and less the out-of-hours e-mail.”

A common sight in companies is also meeting participants who prefer to stare at their smartphones instead of following meetings. According to a study of the Marshall School of Business in California, many employees feel impacted by the smartphone use of other meeting participants. They described it as a sign of disrespect and lack of attention. For this reason, according to a report of 20 minutes, Swiss companies are publishing guidelines of conduct when it comes to smartphone usage during meetings.

However, the side effects of mobile communication are not limited to a drop in productivity or a dumbing down of society but also harbour high health risks. Recent studies such as of A.C. Dode et al. (See also report on everyday-feng-shui.de) show rather frightening, though not really surprising, results. The Brazilian scientists were able to show in a ten-year long term study that people who live within a radius of 500 meters around a cell phone tower, have above-average amount of neoplasms (tumors) and also die at the hand of these diseases.

“Swiss Harmony” products for the harmonization of homes ensure that its electricity contains a different information. Via the law of resonance, it transmits the information of the visible light spectrum onto the electricity that flows past it. This electricity will then distribute this harmonious information into every last crevice of the building. Any plugged in WiFi or cordless phones you have in your home will become a beacon of harmony.